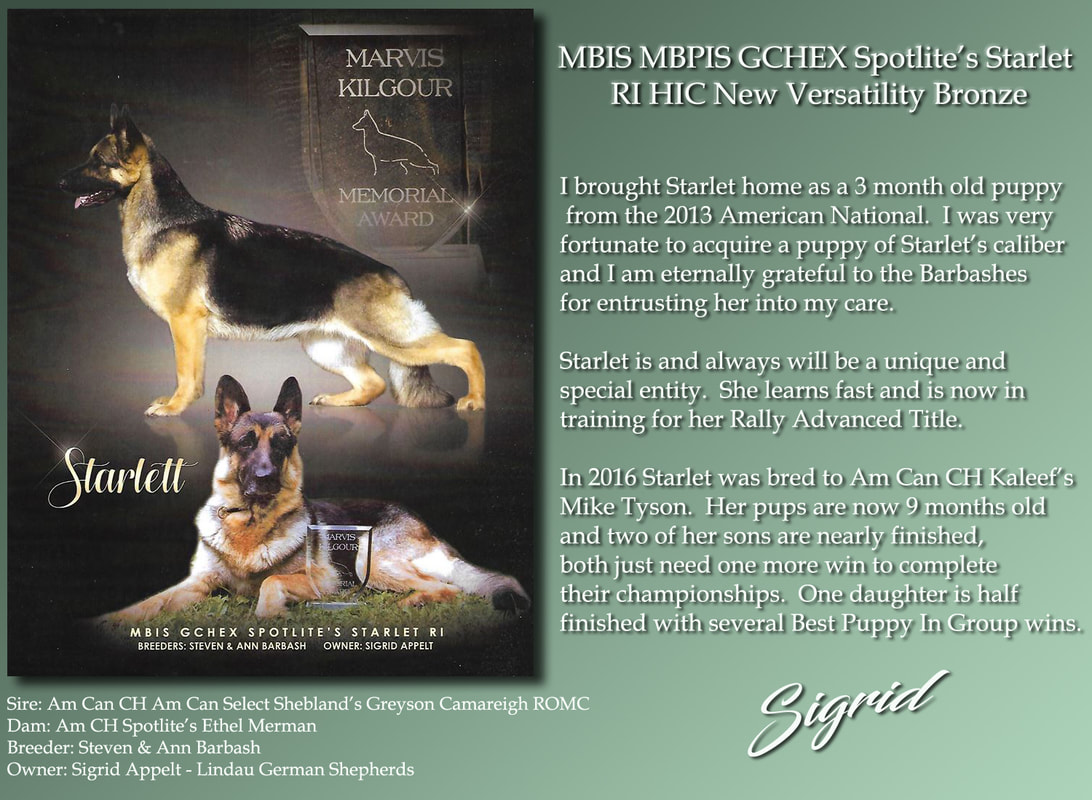 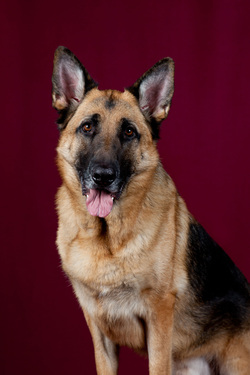 Obedience Trial Champion along with his C.D., C.D.X. and U.D.

Grizzly is now known as 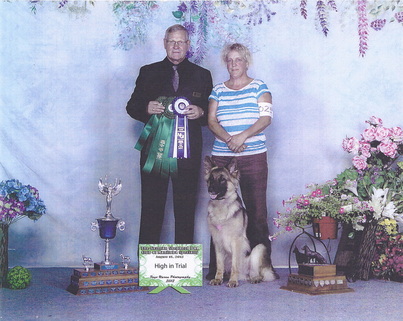 
JANET & CANYA   won the HIGH IN TRIAL and HIGH IN TRIAL
GERMAN SHEPHERD for 2012 at the German Shepherd Dog
Club of Manitoba sponsored Obedience Trial at the 2012
Speciality Show.  She went on to win HIGH IN TRIAL with a
score of 199 out of 200 at the GRC MB to finish her CD. 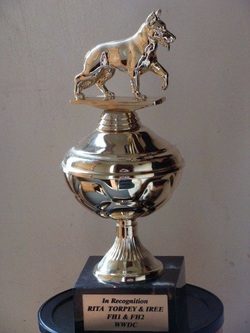 In May 2012 Rita Torpey and her dog Iree completed their FH2.  Iree is the first dog in Manitoba to receive this Award and he is only the 12th dog in Canada to achieve this level.
Congratulations Rita & Iree

LETS KEEP OUR WEB SITE UPDATED
WE LOOK FORWARD TO RECEIVING NOTIFICATION E-MAILS
FROM MEMBERS TO LET US KNOW OF YOUR RECENT ACCOMPLISHMENTS
WITH YOUR BELOVED COMPANION IN WHATEVER EVENT YOU PARTICIPATE IN.

WE TRY TO KEEP UP TO DATE
BUT IT IS DIFFICULT IF WE DON'T HAVE THE INFORMATION.
THIS IS ALL OF OUR WEB PAGE, LET'S ALL KEEP IT INTERESTING.